How much more do you have to take? 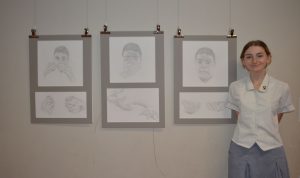 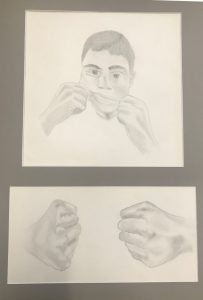 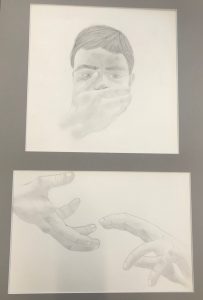 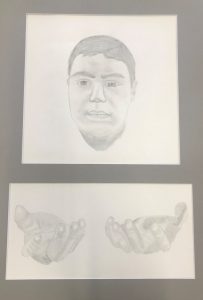 For my body of work, I originally came up with four potential ideas that interested me and that I thought could be an interesting and different path to follow. Each of my ideas were based around the movement of the body and it being captured in a different light; the body in distress, pushing it to the limits, pulling back layers, and sweeping, stretching, reaching and breaking it.

Kollwitz and Lange both explore these ideas of being affected by an outside source, like war, and creating something beautiful and realistic that displays to the audience the everlasting impact that they leave behind, which inspired me to come up with these concepts that follow similar intensions.

What I ended up deciding to do for my body of work is to have a couple of faces, each one experiences something different, getting pulled, pushed, swept away, covered up, scratched or just blank, projecting to the audience the affects that stress, sadness, anger and getting silenced can cause people and the outcome that it has on them that society doesn’t notice.

Paired with each face, I would have a set of hands doing those things to the face, but also in a separate artwork. They would be holding nothing, in fists, holding on by only the fingertips, scratching each other, and interlocked at the wrists. By having this, it would be a visual representation of what each of these emotions and experiences feels like; feeling a certain way and not being able to express it, reaching the limit before you break into pieces, spilling out all your emotions, stretching yourself to become better, covering and hiding yourself from the harsh world and what it inflicts on you, and becoming numb and feeling as if you have nothing.