Apparition: A study outside the Red Hot Chilli Peppers 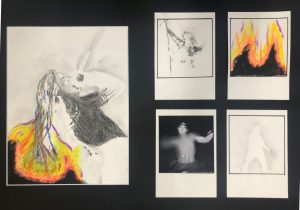 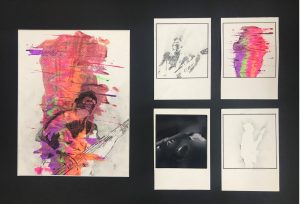 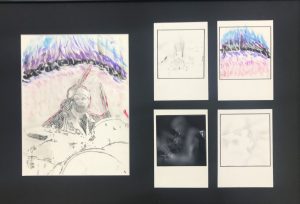 For my HSC BOW I created a series of artworks which studied the Red Hot Chilli Peppers in relation to their stage presence and music. The main idea of the piece is emphasizing the band’s stage presence by creating a visual sense of energy in the Chilli Peppers beyond what the audience would already see on stage.

I experimented with mixed media, drawing and painting each member of the band, and using digital media, such as photoshop to alter images of the Chilli Peppers and furthermore used these altered images as reference for drawing/painting. While experimenting with other mediums such as lead pencil, paint and charcoal. In doing this, I established my idea of various abstract and surrealistic art forms such as blurs, smudges, glares etc. There are also references to natural forms while keeping the subject (band members) in a realistic state. These abstract and surreal ideas within and around the band member as part of their body or emitted off their body  reinforces the idea of energy and presence they create while performing onstage.