The Benefits of Learning a Second Language

Home » News » The Benefits of Learning a Second Language 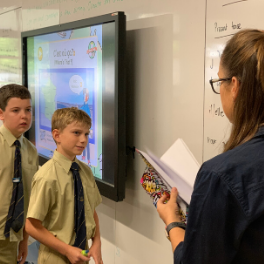 Bonjour tout le monde!   I am Wendy Hunt, and although I have been at Scone Grammar School since 2012, I would like to take the chance to introduce myself in my new role as a languages teacher.

This year we have re-introduced French into our curriculum, from Kindergarten right through to Year 8. I have always had a personal passion for languages, and have previously studied both French and Italian. Learning a second language is such a valuable opportunity, and the younger we learn, the better we are at it!   I am currently still learning too as I am undertaking my languages degree through the University of New England.

So why learn a second language?

I hope your passion for languages has been reinvigorated too!