ENGAGE AND YOU MAY BE SURPRISED

Home / News / ENGAGE AND YOU MAY BE SURPRISED 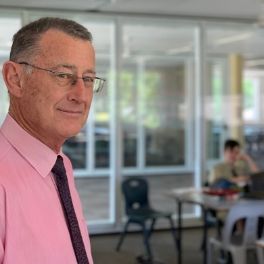 Sometimes the unexpected happens.   Try something new and allow yourself to be engaged, immersed, or absorbed.  Find an activity that fills your bucket up each day – even if it’s just for a few minutes.  Cathy Gatwood, Educator at The Yellow Cottage Preschool has prepared the Engagement phase of the current 30 Day Challenge, created by Where there’s a Will for the Upper Hunter.  Essentially, her message is to be engaged.

Ron Bulley teaches Mathematics in our Secondary School, as well as Christian Studies.  He also has a God given talent that helps to fill up his bucket and he’s had a lot of practice at engagement.   He gets lost in the moment behind his camera and we’re very grateful for this, for he is a phenomenal photographer.  Ron also has a love of sport. He’s handy with a tennis racquet, golf club and soccer ball.  Combine these two interests and you have a sports photographer.  He understands how to connect his camera with action, a rare skill. He has taken many photographs for Scone Grammar School over the years that he has been teaching here.  In particular, he has taken some stunning photos of the action at our Swimming Carnivals.

Ron attended a wedding when he was twelve.  He had been given a ‘Box Brownie’ camera and took some photos at the wedding.  There was an issue with the official photographer’s negatives or film. Ron’s photos turned out OK and one of them was used in the paper local to Inverell, where he attended the wedding.  This was a big deal for an inexperienced 12-year-old and a source of future inspiration.

With a talent like this, we know Ron must use his Appreciation of Beauty and Excellence.  His top three Character Strengths, though, are prudence, honesty and forgiveness.  During his career in education, he was the founding Principal of two different schools and he certainly would have drawn on these strengths.  He is very humble, so this is something you probably wouldn’t have known about Mr Bulley. His humility seems very apt, given our 2020 SGS Motto, Humility is Key.
Ron started out as a geography teacher, but always enjoyed maths, so eventually this became his focus. He loves to make maths fun for our students.  Defining moments for him are when he witnesses students break through the mindset that maths is too hard and this is his main mathematics quest.  Bring on many more mathematics break throughs.